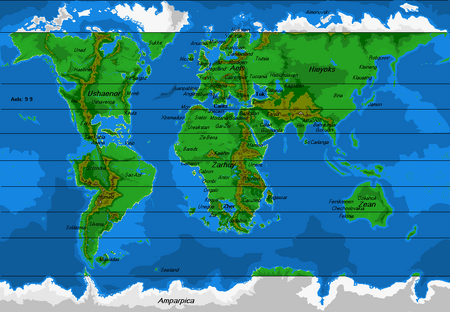 This planet was subject to terraforming devices that reshaped its continents into an approximation of earth's.

This planet Aiers IV had seven moons, being only two of significant size.

There were two other 'Aiers Type' planets in the Aiers system.

Location of major rivers by Continent:

Retrieved from "https://aiers.fandom.com/wiki/Aiers?oldid=15013"
Community content is available under CC-BY-SA unless otherwise noted.